Artist, draughtsman, landscape artist.Son of a soldier of the Izmailovsky regiment of the Leib Guard; at the age of six was assigned to the boarding school of the Academy of Arts. In 1764 he entered the Academy of Arts, studied under G.I. Kozlov and G.I. Serebryakov, since 1776 – in the landscape class of S.F. Schedrin. In 1778 he received a major gold medal for the program "to depict shepherds herding cattle under a mountain near the river ". In 1779 he graduated from the Academy of Arts and was sent together with the architect M. Berezin to Rome as a scholar. In 1783–1784 travelled to Italy and Switzerland, copied the paintings of J. P. Hackert, got acquainted with the art of the old masters, travelled to Germany.In 1807 received a title of academician for the painting “View in the Environs of Naples”. In 1813 was elected a member of the Academy of St. Luca in Rome. The artist constantly longed to return to Russia and appealed to Saint Petersburg Academy of Arts with a request to pay his growing debts. In 1819 “sovereign emperor honoured him by ordering to derive 500 Roman talers annually to the academician Matveyev staying in Rome”. Matveyev lived in Italy till the end of his days. 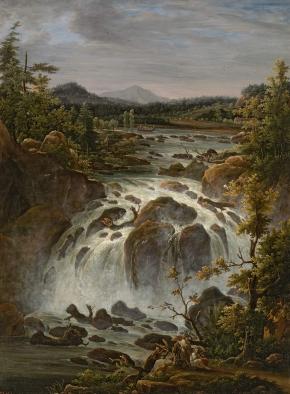 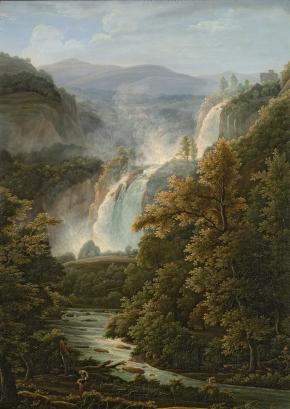 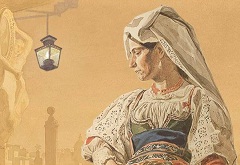 Multimedia program combines about 500 works of Russian artists who worked in Italy and of Italian masters who left their trace in Russian art, including those who contrib¬uted greatly to the architectural image of the Russian Museum palaces.