Amateur artist, copier, history painter, genre artist and miniaturiat. Born into the family of Pyotr Myasoedov, a wealthy Tula landowner. Studied drawing under P. P. Isleniev in boarding school at Moscow University. Began military service (1824), served in the Russo-Turkish War of 1828–1829 and the Polish Campaign of 1831–1832. With the rank of captain, retired and went abroad to work on his painting (1833). He was advised by Fyodor Bruni, Alexei Markov, and Fyodor Moller. Spent two months in Paris at Horace Vernet's studio.Copied Vernet's works (Bedouin Firing a Gun at Frenchmen in Pursuit of Him, in Alexander II's collection). In summer 1851, finished his travels in Astrakhan Province, source of the painting Battle Against Mamai. Owned the Muravlyanka Estate in Epifansky District of the Tula Province. 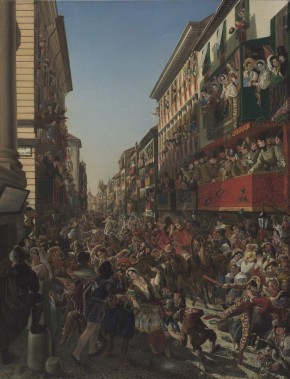