A distinguished sculptor and figure-caster, of Italian origins. Count. In 1716 was summoned to Saint Petersburg by Peter the Great for cannon casting and performing arts for the new Russian capital decoration. Came to Russia with his son Francesco Bartolomeo – the future architect. The first sculptural works performed by Rastrelli were the bronze figures on the motives of Aesop’s fables. They were arranged on the left bank of Neva and later presented to counts Osterman and Betsky by Catherine II. They were not preserved, and neither were the bronze bust of the “First Russian Soldier” S. L. Bukhvostov, cast at Peter I’s commission, or lead statues that decorated alleys and fountains of the Summer and Peterhof gardens. Worked mostly in the field of monumental and portrait sculpture. Solemn pageantry and decorative splendour characteristic for Baroque combine in Rastrelli’s works with truthfulness and expressiveness of the images. The sculptor created a number of depictions of Peter I: his bust, an equestrian monument which Paul I had mounted in front of St. Michael’s Castle, — in those works the emperor is featured as a strict monarch and a triumphant commander, and a wax figure (of wood and dyed wax). Unsurpassable by its intricate performance technique is his monumental statuary “Anna Ioannovna with an Arab Boy” (1741). 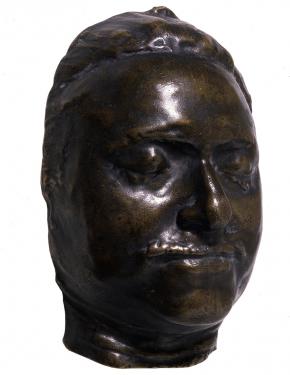 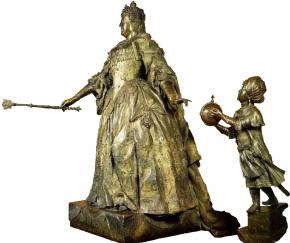 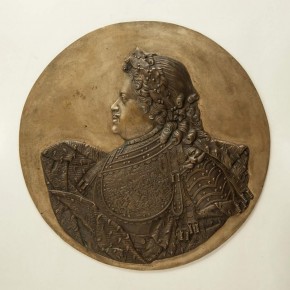 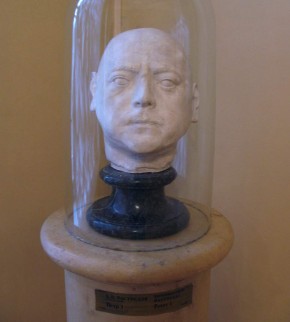 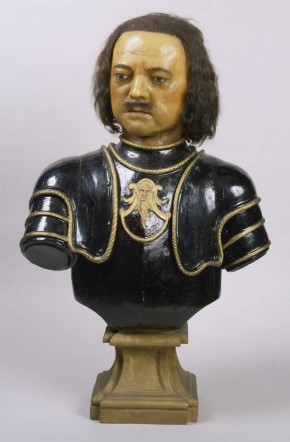