Born in 1757 in an Italian city Carrara in a family of the monumental sculpture masters. Since childhood was surrounded by the works of art and never imagined another life for himself than a life of an artist. Began to take in the basics of the craft under his father’s tutelage, then studies at the Carrara Academy of Arts. Having got an education stayed at the Academy as a tutor and was soon given a title of a professor. Apart from that, Triscornia led a sculpture workshop of the Academy. Generally the master created copies of ancient statues. Apart from his other work Triscornia performed sculptural commissions for Russia. A vast number of his works was brought to Saint Petersburg: marble copies of statues “Diana and Endymion”, “Cupid and Psyche”, marble statues “Laocoon”, “Heracles” and “Flora” and many others. In 1802 a sculptural compositions “Three Graces” was mounted in the Pavlovsk park pavilion. Sculptured by Triscornia from a whole piece of marble, it bewitched the contemporaries with its incredible elegance. Paolo’s younger brother Agostino Triscornia was born in Carrara in 1761. Following the family traditions he also became a sculptor. In 1793 Agostino received a contract for works in the Winter Palace and went to Saint Petersburg along with his brother. Paolo soon returned to Italy while Agostino stayed in Russia. He took part in the sculptural decoration of the GatchinaPalace, Public Library, St. Michael’s Castle. 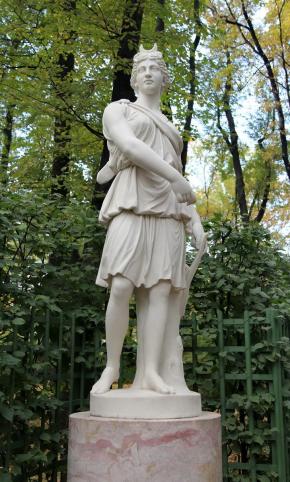 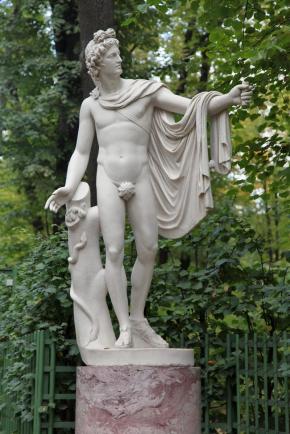