30 paintings from the life of Peter the Great

The funds of the Russian Museum hold fourteen paintings (part of a series of thirty canvases) on themes from the life of Peter the Great, which were written on the occasion of the celebration of the 200th anniversary of Emperor Peter the Great" in 1872. The purpose of the event was the idea to demonstrate to the people by artistic means the main milestones of the biography of Peter I.

The presentation of the paintings took place at Tsaritsyn Meadow (Field of Mars) in St. Petersburg from May 30 to June 4, 1872. A separate pavilion decorated with garlands of flowers was built for each canvas. Most of the canvases (23 out of 30) were created by the theatrical decorator Mikhail Bocharov. Four paintings were painted by Nikolai Karazin. Two canvases were executed by the master of church painting Ivan Ksenofontov, one by the decorator Ferdinand Gelitz. The whole series was performed with glue paints.

Russian Russian Museum received the works in 1929 from the Russian Technical Society, Leningrad; previously they were in the Pedagogical Museum of Military educational institutions. The paintings are reproduced in the form in which they were received by the museum and have survived to this day. Restoration is not subject to.

About Project "30 paintings from the life of Peter the Great"

The last grand celebration of Peter the Great’s anniversary in Russia was held in 1872 and was initiated by Alexander II. The emperor felt a strong connection to his glorious ancestor and decided to organise a big festival on the occasion of his 200th birthday. One of the key events of the celebration was a public exhibition on the Field of Mars (Tsaritsyn Meadow at the time) in Saint Petersburg. Thirty enormous paintings represented the major deeds of the tsar-reformer in chronological order. The paintings were installed in pavilions designed to resemble traditional Russian wooden cottages and were accompanied with explanatory notes. The exhibition was a great success.

The initiative to reconstruct the exhibition in the year of Peter the First’s 350th anniversary belongs to PJSC Gazprom and to Alexey Miller personally. The project has been brought to life by The Peterhof State Museum-Reserve, The State Russian Museum and Saint-Petersburg Academy of Fine Arts.

Fourteen original paintings from the 1872 exhibition were discovered in the State Russian Museum’s funds. They were digitally restored and will be exhibited in the form of outstanding quality canvas prints. The fate of the rest of the paintings is unknown. The honour to fill the gaps and create modern interpretations of the same historical subjects was granted to the students, alumni and professors of Saint-Petersburg Academy of Fine Arts. 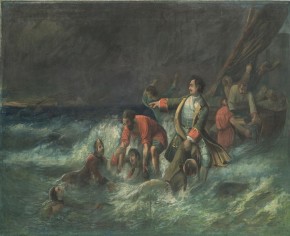 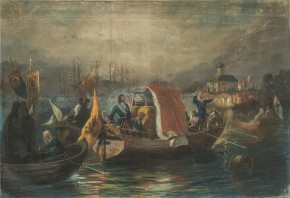 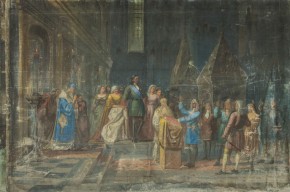 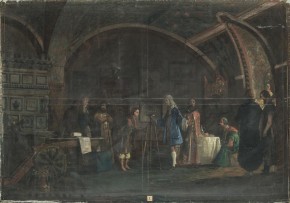 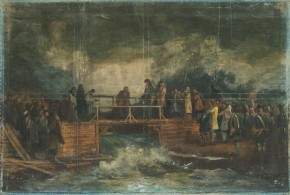 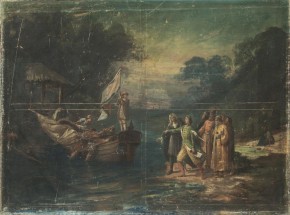 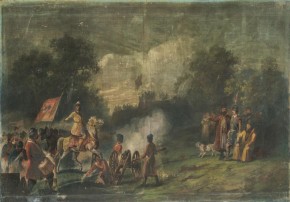 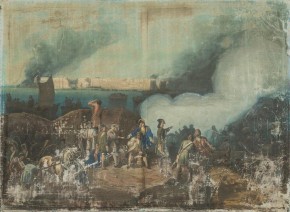 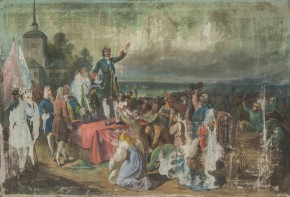 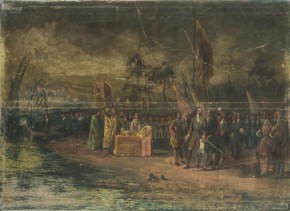 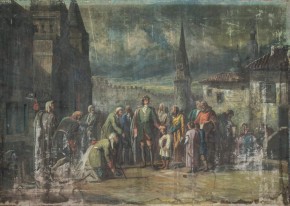 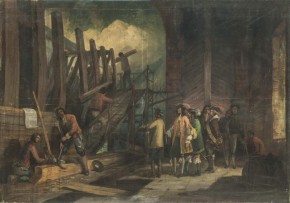 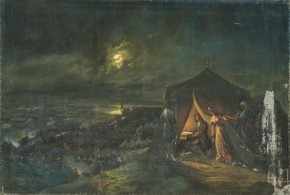 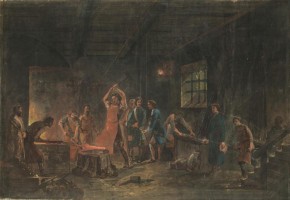