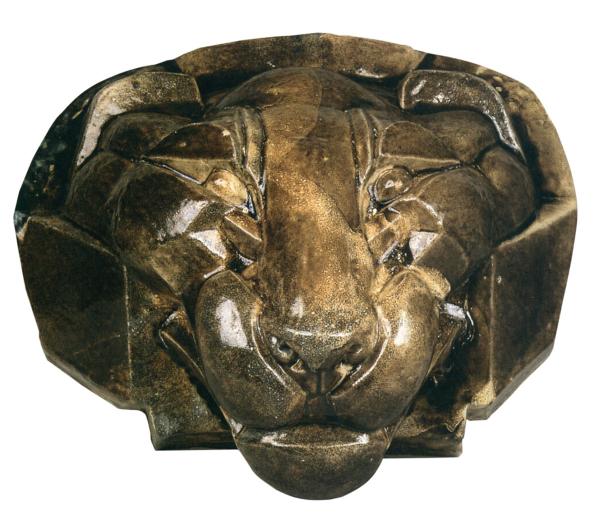 Mask of a Lion

The work in the Abramtsevo Pottery Workshop greatly influenced the artist.

Vrubel immersed himself in the atmosphere of Ambramtsevo artistic life and took an interest in the idea of revival of national art and creation of a new Russian style. The foundation of Vrubel’s subjects are folktales, legends, songs and folklore images. The image of a lion became one of the favourites for Vrubel as a symbol of power and might. Having been brought from the East it occupied a worthy place in Russian symbolism. The soft and rounded lines, characteristic of majolica, made the wild animal appear kind and gentle. These depictions were used in the decoration of stove benches and benches in the Abramtsevo estate of the Mamontovs. The work is connected with the decoration of the gate of the Savva Mamontov’s house in Sadovaya-Spasskaya street in Moscow. The depiction of a lion mask figured in the letterhead of the Abramtsevo pottery workshop in the 1910s.