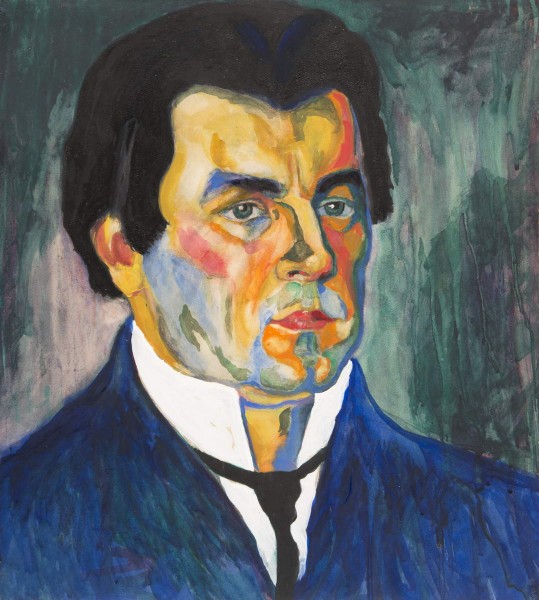 Kazimir Malevich once said that, “Human beings observe the stars through a telescope, but forget that they too are also stars”. In keeping with this sentiment, the Russian artist did not paint himself as a timid debutant, which is how he was seen at the time: instead, he presented himself as a proud creator, a master of the pictorial arts. In a painting filled with meaning, the solemn, immobile Malevich is standing proudly not only before us, the observer, but also before Eternity. Accordingly, this self-portrait announces the birth of a master, “Kazimir the Great”, “President of the Universe”; the man who would one day create the most radical painting in all of art history.

That painting was titled Black Square and was first exhibited in 1913, as part of the stage setting for the Futurist play Victory over the Sun. The painting marked a turning point for Malevich and divided both his life and work into two distinct periods.

Up until he painted Black Square, Malevich had studied and experimented with the various innovative concepts and movements that emerged in the art world towards the end of the 19th century and the beginning of the 20th century. He was also responsible for creating Suprematism, which was one of the most important movements of its time and went on to exert an artistic influence throughout the remainder of the century.

After he painted Black Square, Malevich’s art began to focus on the union of figurative painting and geometric abstraction, giving rise to truly unique works such as those that form part of his second “Peasant” cycle.

The Russian Museum is home to the world’s largest collection of works by Malevich. This allows us not only to reconstruct the evolution of the artist’s work, but also to study the history of early 20th-century art as a whole.