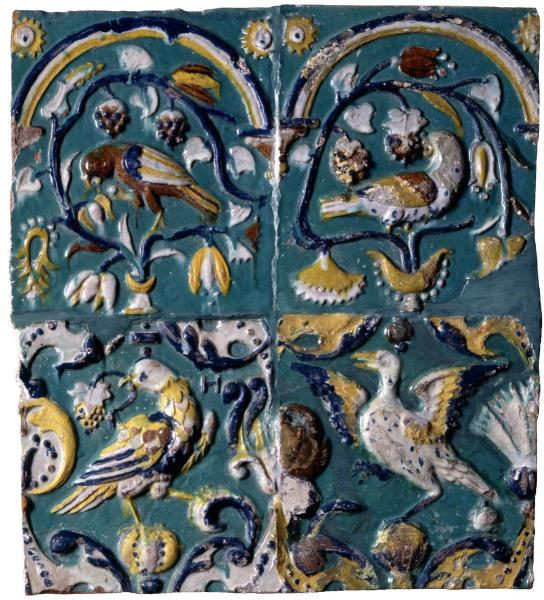 Tiles are the part of the Russian pottery. A kind of tile succeeded another: the “red” reliefs tiles (without coating) made way for the enamelled with glaze ones,  and then to the multicoloured, on which the relief design was covered with coloured enamel. From them, they turned to tiles, uniting relief and painting, and finally, passing to smooth painting. The flourishing of the art of architectural tiles happened during the 17th century, but the use of stoves reached its peak in the 18th century. The multicoloured tiles with representations of unicorns, birds picking berries, fantastic sirens, "fierce beast" griffin, Alexander the Great animated the outdoor walls and interiors of the buildings of the 17th century and the first half of the 18th century.