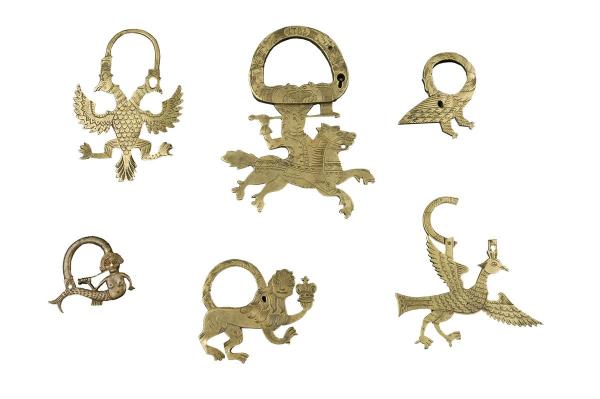 The Russian Museum has a small but valuable collection of copper figured locks in the form of birds, animals, mermaids, horsemen. They were made by masters of the Pavlovo village, Nizhny Novgorod province. The image of the archer came to them from the cheap popular prints. The images of fantastic creatures were embodied in the mermaids’ figures  and the real life impressions were represented in the depiction of soldiers and horsemen. Pavlovsky locks were made from flat halves, which were pressed to each other and soldered along the contour. All the details on the surface were marked with incisions and strokes. Despite the small size, these locks could be opened and closed, they served both locks and decoration.