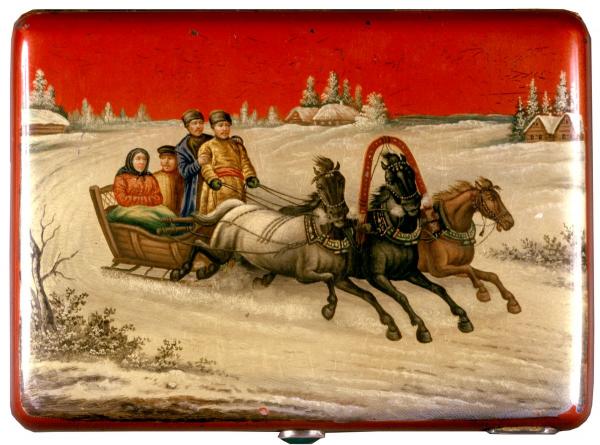 At the beginning of the 19th century the workshops in the villages of Ostashkovo and Zhostovo (the villages nearest to the village of Danilkovo) were opened. These workshops of lacquer miniatures that existed for the entire 19th century belonged to the representatives of the Vishnyakovs dynasty. The subjects from the national life prevailed in the works of the craftsmen. The most popular ones were tea-drinking, summer and winter troikas, skating in sledges and carts.