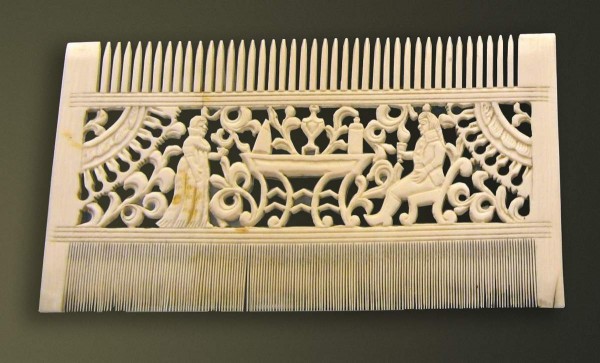 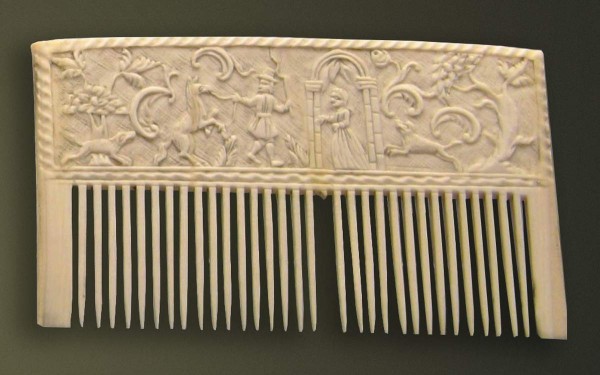 The 18th century became the heyday for the Kholmogory folk handicrafts. Domestic and foreign trade as well as the fashion for bone carving promoted the handicraft.  Numerous caskets, bureaus, secretaires, boxes, snuffboxes and needle-beds, which reflected the styles of baroque and rococo, were added to the traditional combs, caskets and chess.

The famous Kholmogory rocaille, large and volume modeled, is evident in the second half of the 18th century. He overshadows the feast scene with figures of a lady and a gentleman in European dresses. The combs were very common products made in Kholmogory.