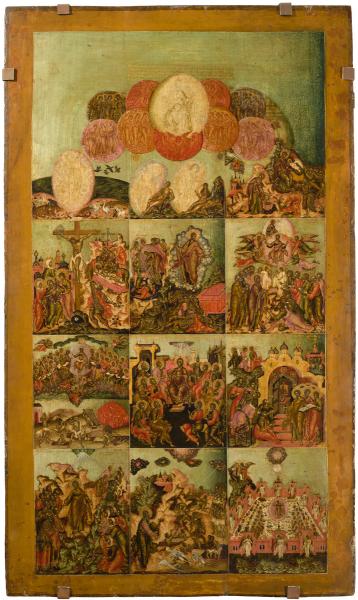 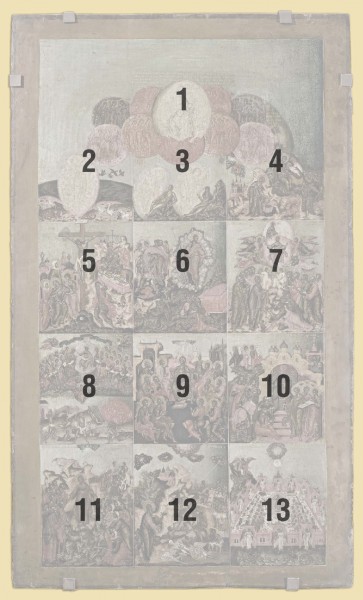 “I Believe” (The Symbol of Faith)

The Symbol of Faith is a short prayer on the essence of Christianity. The first symbol of faith was given by Jesus Christ himself when he said these words, which were then repeated by his apostles before the Ascention: “Therefore go and make disciples of all nations, baptizing them in the name of the Father and of the Son and of the Holy Spirit, and teaching them to obey everything I have commanded you. And surely I am with you always, to the very end of the age.” (Matthew 28: 19-20; Mark 16: 15). The Symbol of Faith was established and promulgated during the first Council of Nicaea in 325 and was amended during the Second Ecumenical Council in Constantinople. The icon consists of twelve parts, on which the words of the prayer were successively painted. The Old Russian icon paintings and frescoes, illustrating the “Symbol of Faith”, are known since the 16th century. Engraved sheets with such illustrations were widespread in the 17th century. Many scenes or different parts of them were copied by icon painters from engraved sheets of the Piscator Bible, which was popular at that time and imported from Western Europe.