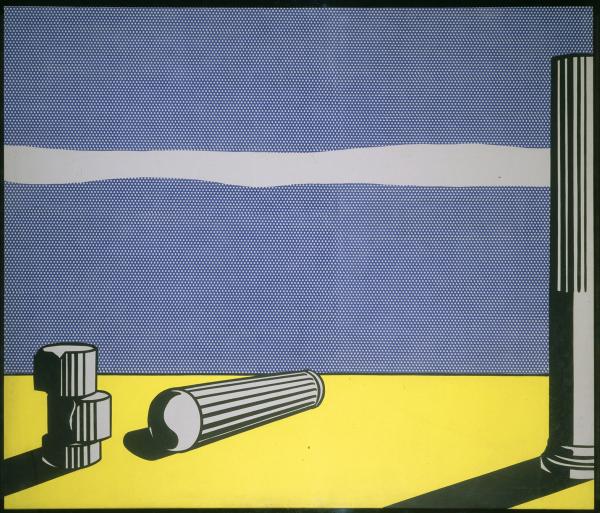 Both the ruins and the landscape around them have been reduced to basic configurations. The picture belongs to a series in which Lichtenstein investigated the relationship between light and shadow. In this context he frequently depicted architectural motifs, like the fragmentary columns in the foreground here, which allude to classical antiquity.

One of the most prominent representatives of pop art, Lichtenstein worked in a style derived originally from comic strips. Seen under a magnifying glass, such mass-printed material shows a characteristic pattern of screened dots, which blend in the eye of the viewer to produce the effects of color and form.

Lichtenstein raised this dot pattern to the principle of his art, and by so doing created an inimitable brand name for himself. His works might therefore be characterized as images of printed imagery. Like Jasper Johns, Lichtenstein also attempted in his work to unite objectivity with abstraction; however, his approach had more of a socio-critical tendency than Johns's, which relied to a greater extent on considerations of art theory.