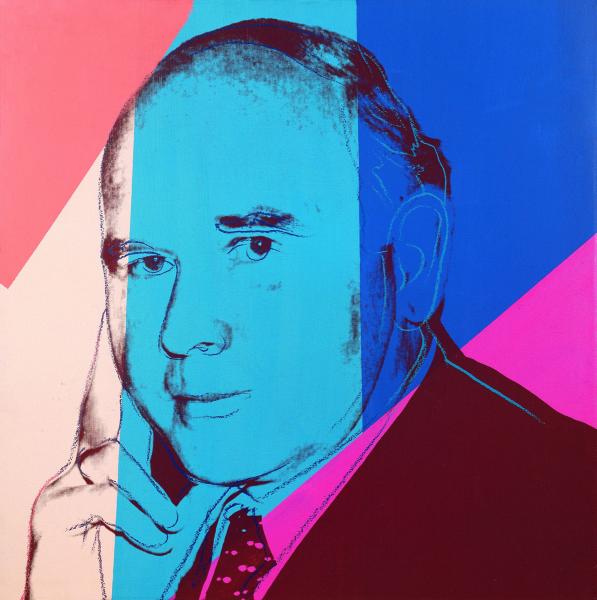 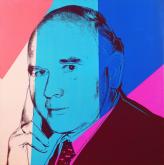 In the 70s Andy Warhol repeatedly painted portraits of famous personalities and stars from the world of culture, politics, the film and music business. Prototypes of this series, which he continued up to his death, are the portraits of the Chinese head of state Mao Tse-Tung from 1972. All his portraits arose from photographs which Warhol produced and reworked himself. These models were greatly enlarged in silk-screen printing and transferred onto canvases grounded in different colours and placed next to and above each other in additions. As a result of his portraits of prominent figures, Warhol brought new life to the genre of portrait painting and popularized it in typcial pop art fashion.

In 1980 he created a series of large-size portraits of the collector Peter Ludwig, among them the one under discussion. The face is captured in a threequarters view, whereby the right hand is slightly supporting the head; Peter Ludwig is looking at the observer in a serious, pensive and attentive manner. Different coloured lines, which bear the character of a fast sketch, repeat and emphasize the contours of face, hand and shoulder. The connection between figurative depiction and shining, brightly structured surface creates an exciting contrast.