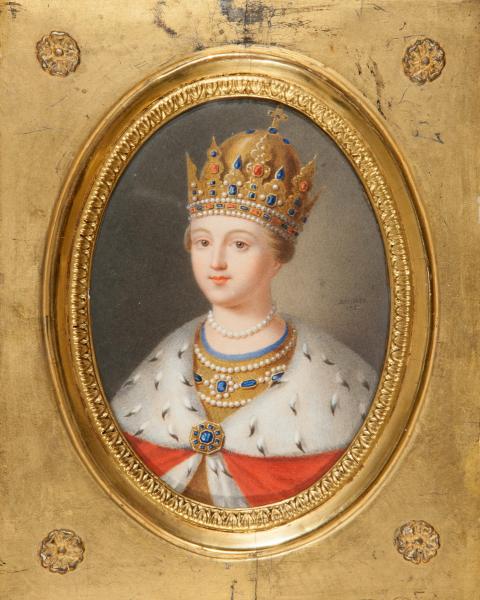 Tsarevna Sophia Alexeyevna (1657–1704) was Alexis Mikhailovich’s fourth daughter from his marriage to Maria Miloslavskaya. She came to power in 1682 as a result of the rebellion of the streltsy in Moscow. She governed Muscovy from May 1682 until September 1689, and was regent to her young brothers Peter and Ivan. She had an excellent education. Sophia anticipated many of Peter’s initiatives, both in everyday life and in foreign and domestic policies. She was arrested in September 1689 and forced to take the veil. Sophia is shown wearing a crown and holding the orb and sceptre, although she was never crowned as Tsarina.