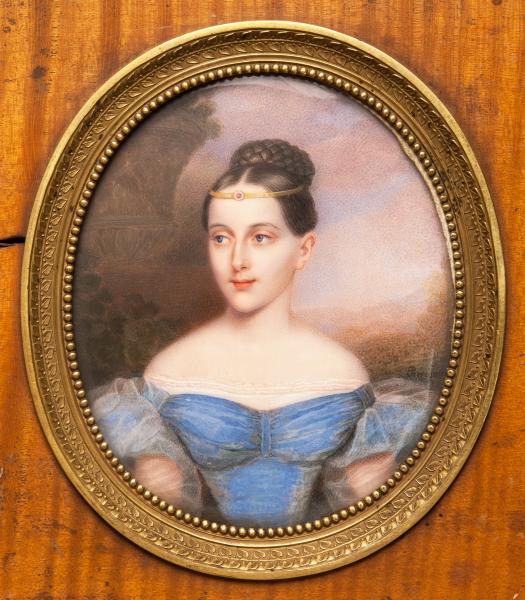 Maria Nikolaevna (18th August 1819, Pavlovsk – 21th February 1876, St. Petersburg) was a daughter of Emperor Nicolas I and Alexandra Feodorovna, née Princess Charlotte of Prussia, a sister of Emperor Alexander II. In her first marriage (1839 – 1852) she was the wife of Maximilian Joseph Eugene Auguste Napoleon de Beauharnais, 3rd Duke of Leuchtenberg. Her second marriage to Count Grigory Stroganov(1853 – 1876) was a morganatic marriage (i.e. a marriage between people of unequal social rank, which in the context of royalty prevented the passage of the husband's titles and privileges to the wife and any children born of the marriage). She was an enlightened person who had inclinations for art and science. After the death of her first husband she became the first female President of the Academy of Arts.