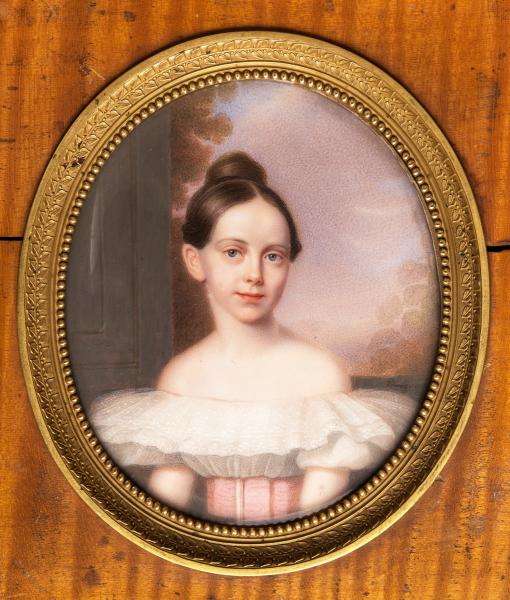 Alexandra Nikolaevna (24thJune 1825, Tsarskoe Selo – 10thAugust 1844, Tsarskoe Selo) was the Grand Duchess, the youngest daughter of Nicolas I and Alexandra Feodorovna. She was named in honour of her aunt Alexandra Pavlovna. She was his father’s favourite, famed for her beauty and easy-going character. On 16/28 January she married Frederick William of Hesse-Kassel.