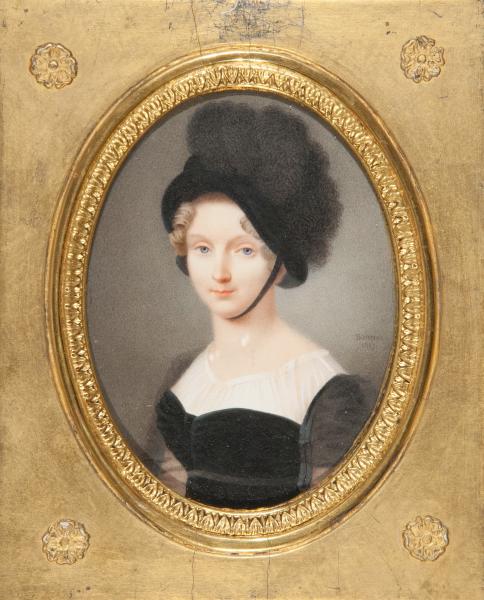 Empress Elizabeth Alexeyvna (née Princess Luise Marie Auguste of Baden, 1779–1826) was a daughter of the Margrave of Baden Karl Ludwig. She came to St. Petersburg in October 1792 converted to the Orthodox Church in September 1793 and then married Grand Duke Alexander Pavlovich. She became the Empress in 1801. She was engaged in charity.