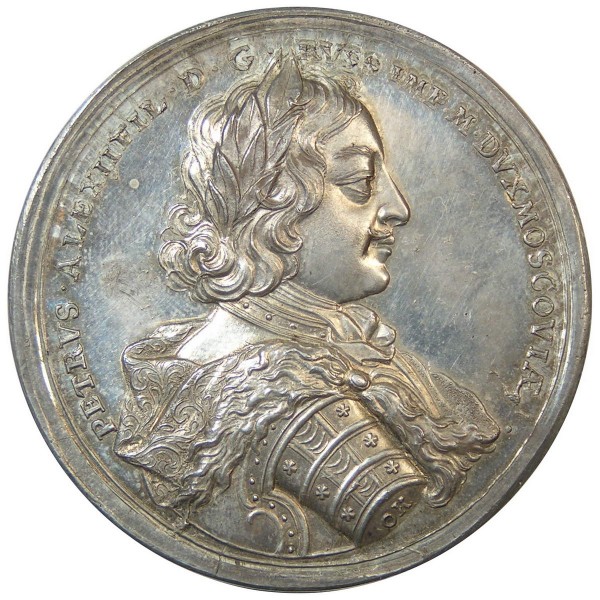 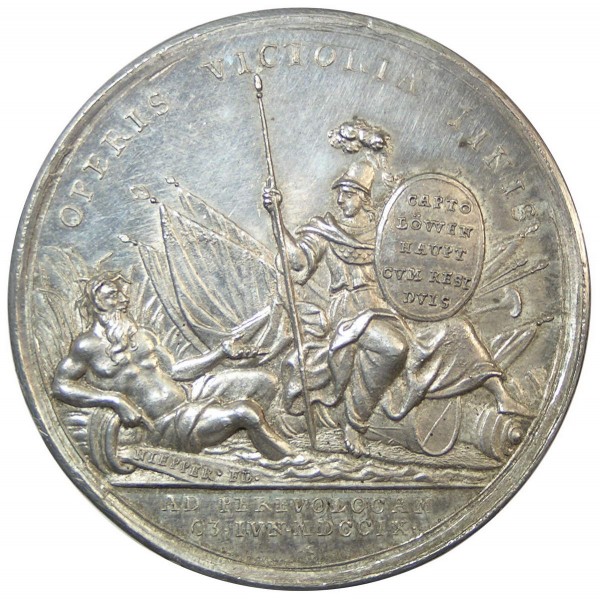 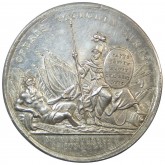 Medal Commemorating the Capture of General

On June 27, 1709, after the Battle of Poltava, what remained of the Swedish army withdrew to Perevolochna, where they planned to cross the Dnieper River. On June 30 Prince Alexander Menshikov, the commander of the Russian advanced guard, forced General Adam Ludwig Lewenhaupt, who had taken over the leadership of the Swedish army after the flight of Charles XII, to surrender. About 20,000 people were taken prisoners by the Russian forces, along with all the artillery, banners, and the treasury of the Swedish army. In 1713–1714 the famous Nuremberg medallist Philipp Heinrich Müller made a series of 26 medals commemorating the victories of the Russian army in the Northern War by order of Peter the Great. In 1715, the dies were shipped to Moscow. Medals belonging to Müller’s series were produced in large amounts, and soon the dies wore out. Osip Kalashnikov, one of the medallists of the St Petersburg mint renewed them.