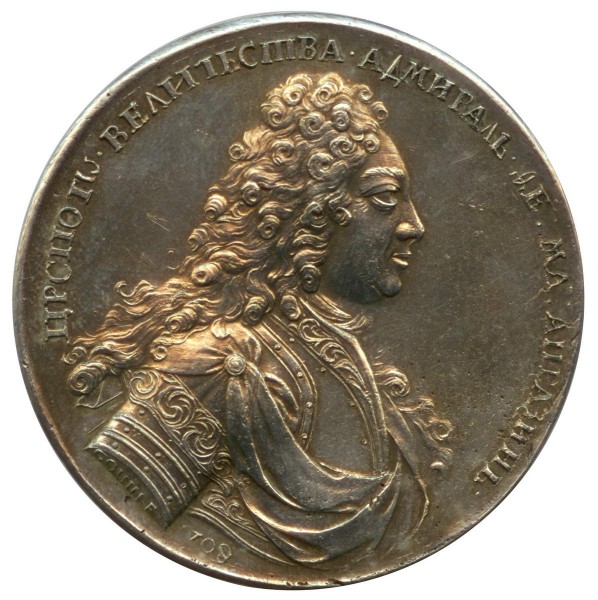 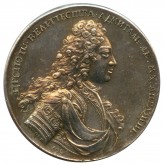 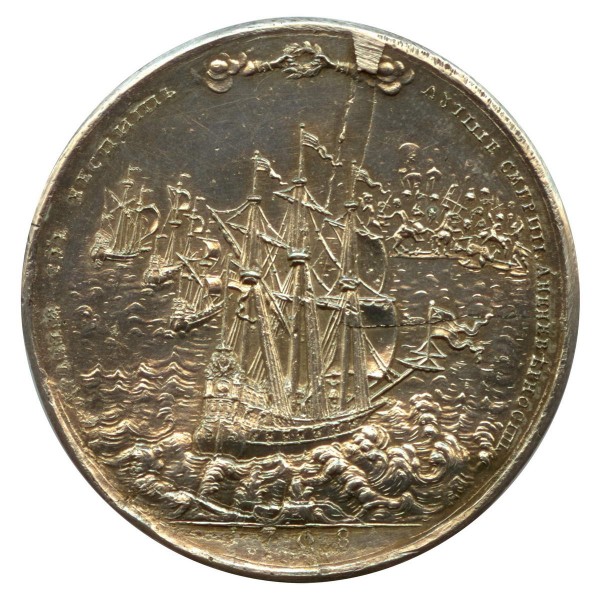 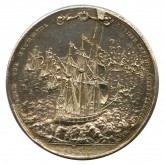 In 1708 Admiral Fyodor Apraksin (1661–1728) successfully rebuffed a Swedish attack on St Petersburg, and inflicted several serious defeats on them. For this, the tsar heaped favours upon him: Apraksin was appointed General Admiral and was conferred the title of Count. A gold medal was made to commemorate Apraksin’s achievements. Subsequently, the St Petersburg mint produced multiple medals of this kind using different metals, so that these medals could be used as mementos and become part of various collections.