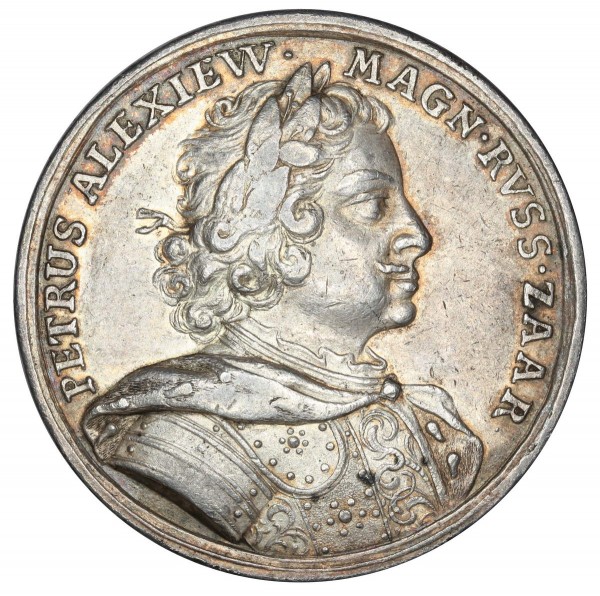 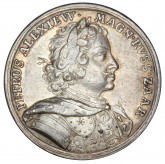 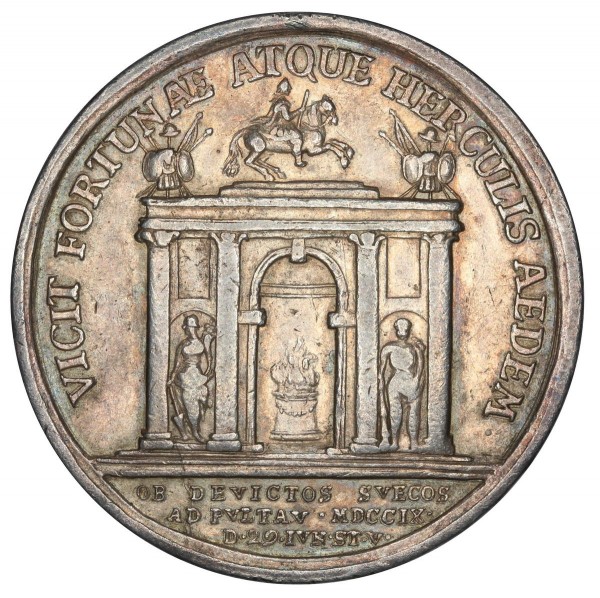 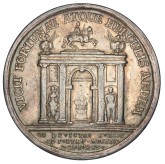 Medal Vommemorating the Victory at Poltava

Several medals were produced to commemorate the Battle of Poltava. The reverse side of the medal, which was likely designed by the Danish medallist Peter Berg, shows a depiction of one of the seven triumphal arches for the victorious Russian army to pass through. The arch was decorated with an equestrian statue of Peter the Great and figures of Fortuna and Hercules. There is an inscription around the perimeter of the medal that reads: “VICIT FORTUNAE ATQUE HERCULIS AEDEM,” which means “Occupied the temple of Fortuna and Hercules.”