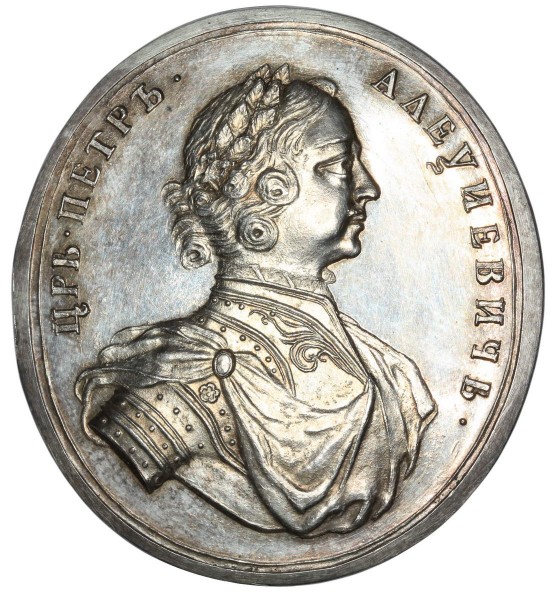 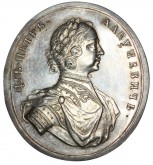 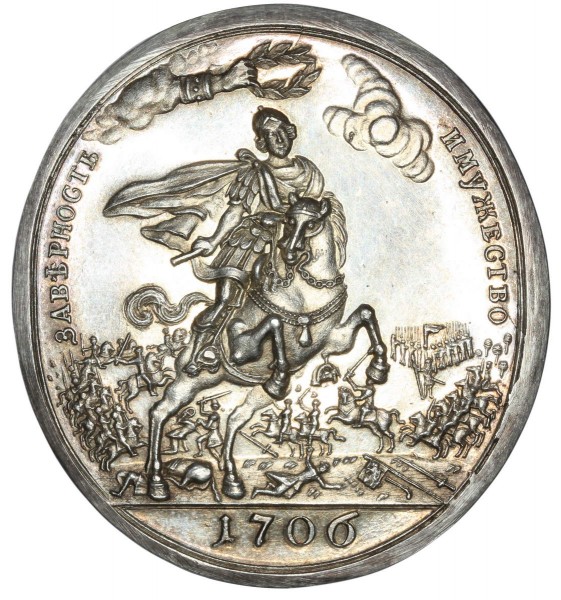 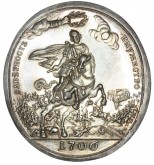 Medal Commemorating the Battle of Kalisz in 1706

On October 18, 1706 the united Russo-Polish-Saxon army under the command of Augustus II and Prince Alexander Menshikov defeated the Swedish-Polish forces under Colonel Mardefelt. This was the first significant victory over Sweden in six years of the Northern War. 300 gold medals of different value were produced to award military officers who distinguished themselves in the battle. Subsequently, the St Petersburg mint also produced a considerable number of silver medals, some of which were restrike medals while others were made using newly carved dies.