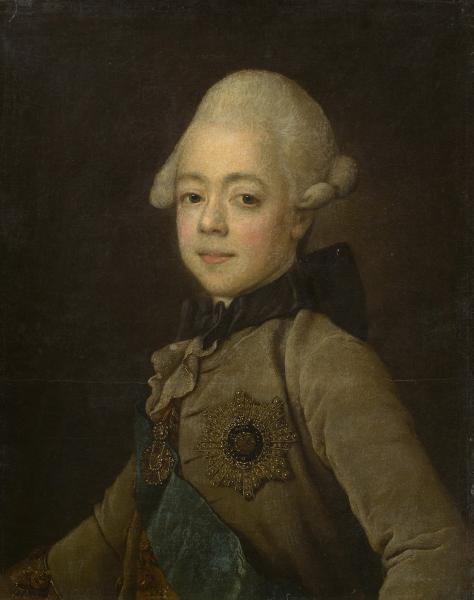 Paul I is depicted with the orders of St Andrew (the ribbon and the star) and St Anna (the cross).