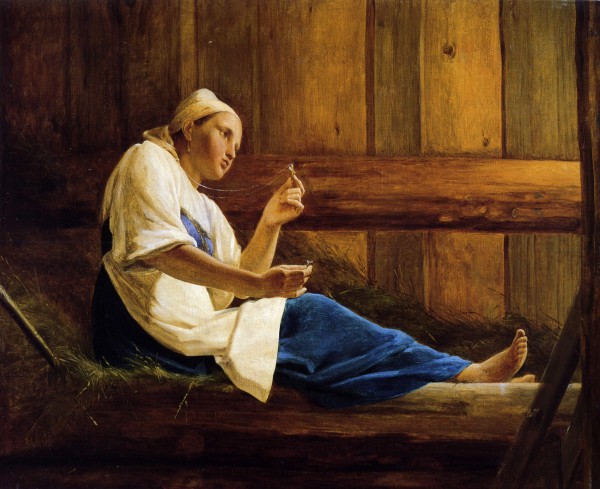 Girl in a Hay Loft

The picture is a combination of genre and portrait painting typical of the art of Alexei Venetsianov. The artist’s models were mostly the peasants from the village of Safonkovo in Tver Province – neighbours that he himself had known for many years. Although the image of the peasant girl is realistically authentic, it also displays a certain degree of generalization and monumentaIism. Her regular features and simple yet austere clothing conjure up images of the classical art of ancient Greece. Venetsianov was convinced that it was the common people who were the true bearers of the nation’s morality – genuine piety and the ability to form strong personal bonds. The gestures of the young woman, who holds a ringlet in her hand and examines the cross around her neck with sorrow, hint at the existence of some hidden melancholy.