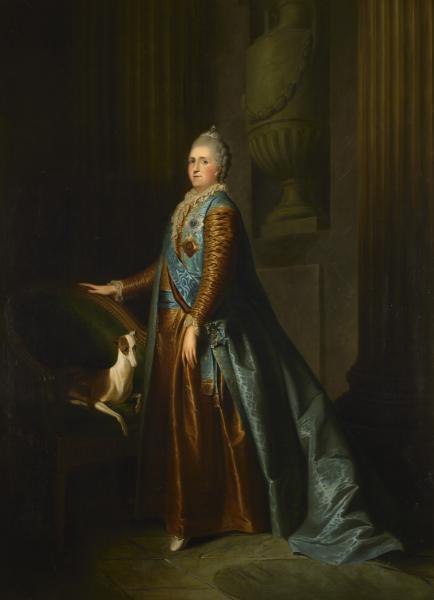 Portrait of Empress Catherine the Great

By the definition of Pyotr Petrov, the Empress is depicted "standing in a brocade dress and a blue cimarra (a gown with a ling train)", with ribbons and stars of the orders of St. Andrew and St. George. The favourite English greyhound of Catherine, named Sir Tom Anderson or Duchessa, is sitting in the chair next to her. The portrait is a copy of the original painted by Pierre-Etienne Falconet (The State Hermitage Museum), painted by a professional master in the last quarter of the 18th century.