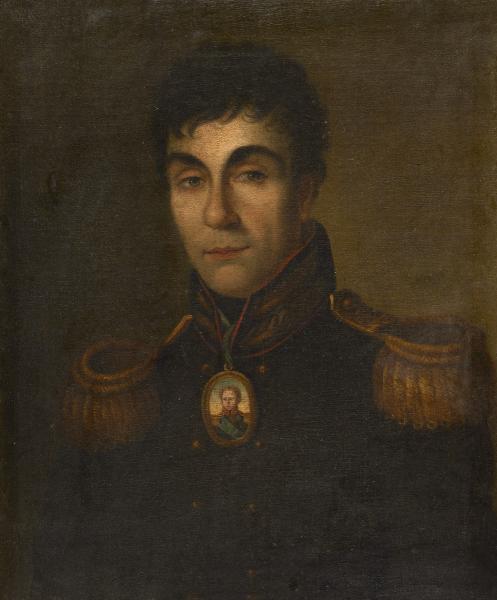 Alexei Andreyevich Arakcheyev (1769–1834) was a Count. He studied at the Artillery Cadet Corps and in 1787 was made an officer. He was a favourite of the Grand Duke Paul Pavlovich. In 1796 he became major general, Commandant of St Petersburg.

He was made Baron (5 April 1797), Knight of the Order of St Alexander Nevsky (1797), and then Count (5 May 1799). His fall into disgrace took place from 1799 to 1808. Under the reign of Alexander I he became minister and Inspector General of all Infantry and Artillery. In the last decade of his rule Alexander I exerted unlimited influence over every area of Imperial rule. He was the author of the project (making plans, drawings, estimates) for military settlements, and the first barracks which were built on his estate in Gruzino served as a pattern for the building of similar barracks and other structures. From 1819 he was the head of military settlements.