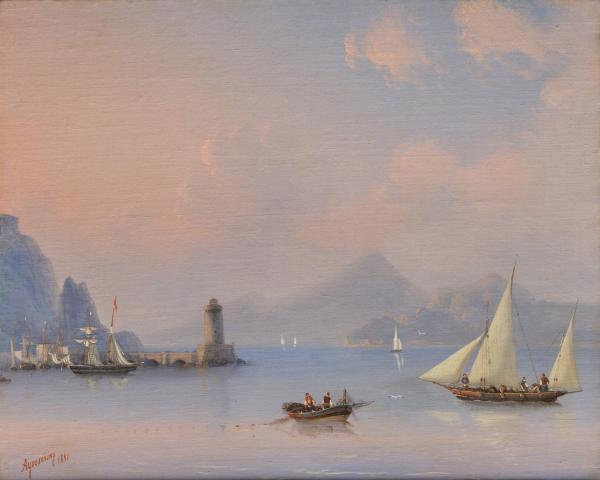 Sea Strait with a Lighthouse

The painting was performed in Italy among seven works painted in 1841.
In all likelihood, the strait depicted here is the one between the Islands of Capri and Ischia. It is possible that it was this painting that under the title "The Island of Ischia at Sunset" was sent by the artist from Rome in April 1842 to participate in the academic exhibition. At the beginning of the 1840s Aivazovsky opens the so-called rose period in his work. The combination of pink sunset or morning light with a calm sea was certainly prompted by the Italian nature. However, Aivazovsky employed this spectacular pictural device that created the opportunity to capture aerial haze and finest black and white transitions in the image of the sky, reflections of light on the surface of the water, and later, in the images of the Crimean views.
«Виртуальный Русский музей» в социальных сетях:
top