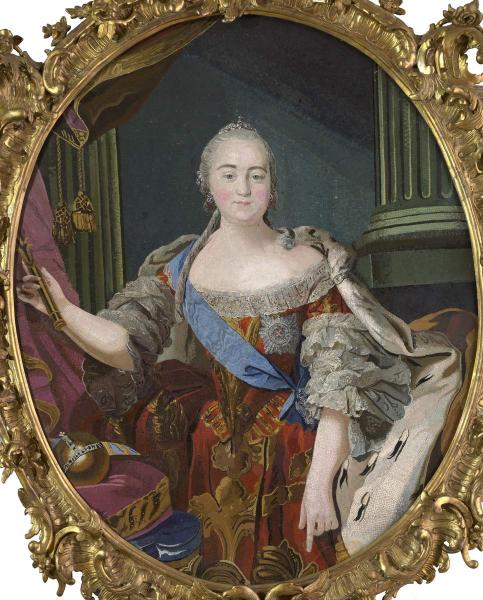 She was the illegitimate daughter of Peter I and Martha Skavronskaya. Thus, during the official succession in the 1725–1730 she has never been considered as one of the contenders. With the support of guards Elizaveta I Petrovna carried out a coup, overthrew Ivan VI and ruler-regent Anna Leopoldovna. He reigned from 25 November / December 6, 1741 at 25 December 1761 / January 5, 1762. The beginning of the epoch of the Enlightenment and the reorganization of military educational institutions are associated with the rule of Elizaveta I Petrovna . In 1744 she issued a decree on the extension of the network of primary schools. First gymnasiums were opened in Moscow (1755) and Kazan (1758).

In 1755 at the initiative of Shuvalov there was founded the Moscow University, and in 1757 – the Academy of Arts. The Empress supported M.V. Lomonosov and other representatives of Russian science and culture. In 1756 she signed the decree on the establishment of the Imperial Theatre. Huge funds were allocated from the state treasury for the resettlement of the royal residences. Under the supervision of the Royal Court architect Rastrelli there were built the Winter Palace, which served since then as the main residence of the Russian monarchs, and the Ekaterininskiy Palace in Tsarskoye Selo. Peter’s residences on the Gulf of Finland – Strelna and Peterhof – were thoroughly reconstructed. The Portrait was made in the workshop of M.V.Lomonosov, who in the second half of 1740 began to work as a glass technician and mosaic artist and painter. After discovering the mosaics in St. Sophia Cathedral in Kiev, and in churches of Novgorod, the scientist have been looking for many years for the secret of making smalt (colored glassy mass of various shades).

In the first Russian chemical laboratory he developed the technology and technique of production of smalts. And since the beginning of the 1750s he has started his creative practice. He used smalts of quite large size for his set. Mosaic portrait of Elizaveta Petrovna is characterized by its refined polychromy. Texture of objects and softness of fabrics are brilliantly reflected. Moire ribbon of the Order of St. Andrew the Apostle the First-Called consists of skillfully selected blue, azure and blue smalt.