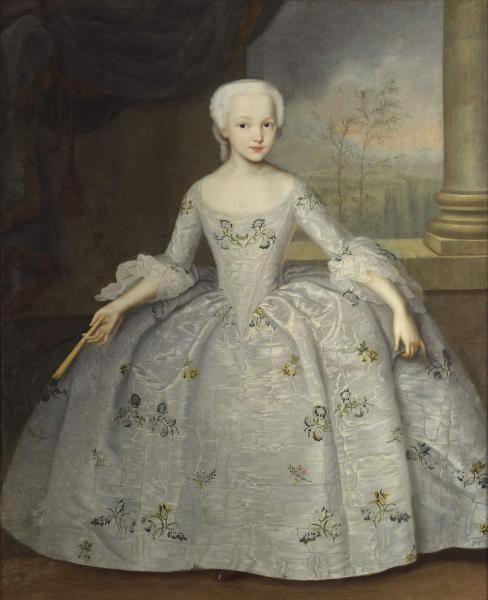 Possibly Ivan Vishnyakov's finest portrait, this is one of the most poetic images of a child painted in Russia in the eighteenth century. Sarah Eleanore Fairmore (1740 — between 1805 and 1825): Daughter of William Fairmore, an English general stationed in Russia. Married Count Stenbock (1765). Her son was the first Count Stenbock-Fairmore, one of the most distinguished families in Imperial Russia.