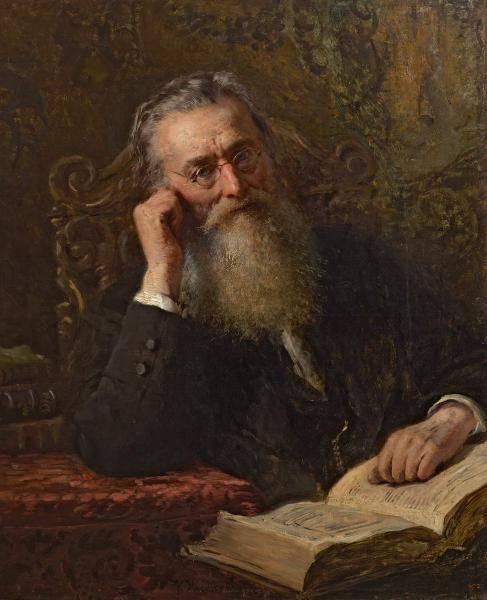 Portrait of the Historian Nikolai Kostomarov

Nikolai Ivanovich Kostomarov (1817–1885) was a Ukrainian and Russian historian, ethnographer, writer and critic. A graduate of Kharkov University (1837), he was a professor in the History Department of Kiev University (1846). He was an organiser (together with Taras Shevchenko and others) of the secret Society of Cyril and Methodius and one of the authors of its rule and programme. After the destruction of the society (1847) and a year’s imprisonment he was exiled to Saratov under police supervision. He worked in the provincial government and continued to study history and ethnography. He published the book “Songs of Great Russia” in 1854, and had a large influence over the region’s cultural life. He was freed from police supervision in 1857, and was elected to the position of professor extraordinarius at St Petersburg University in 1859. He studied the history of mass popular movements, such as “The Time of Troubles in the State of Muscovy”, “The Rebellion of Stenka Razin” and “Bogdan Khmelnitsky” and others; he was the author of literary works, including “Savva Chaly” (1838) and “Kudeyar” (1875).