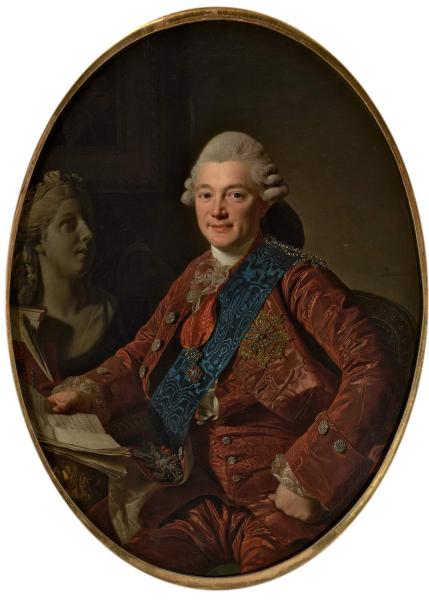 Alexander Roslin (1718-1793) was a Swedish painter, who worked in St. Petersburg from 1775 until 1777. He painted many portraits of members of the imperial family and the high nobility.

Alexander Stroganov (1733–1811) was count and son of Sergei Stroganov and Sofia Kirillovna (née Naryshkina). He was a privy councilor, senator, Great Chamberlain and member of the State Council. He was also Director of the Public Library and President of the Imperial Academy of Arts, as well as a collector. He is depicted with the Orders of the White Eagle (ribbon and star) and St. Anne (cross).