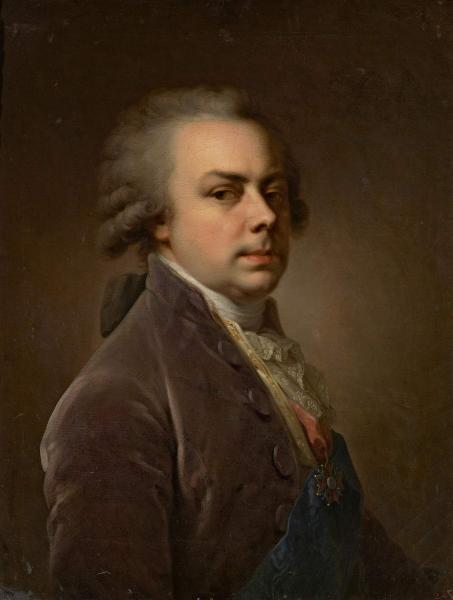 Portrait of Prince Nikolai Yassupov, Senator and Honorary Lover of the Academy of Art

Nikolai Yusupov (1750–1831) was a Prince. He was a collector, an honourary amateur of the Imperial Academy of Arts, an actual councillor of state, senator, member of the State Council under Catherine II. He was the director of the Imperial Theatres, was in charge of the Imperial Hermitage. He was the owner and architect of the Arkhangelskoye estate, and a patron of the arts. He was married to Tatyana Potemkina (née von Engelhardt; 1769–1841). He is depicted with the Orders of the White Eagle (ribbon) and St Stanislaus (cross).