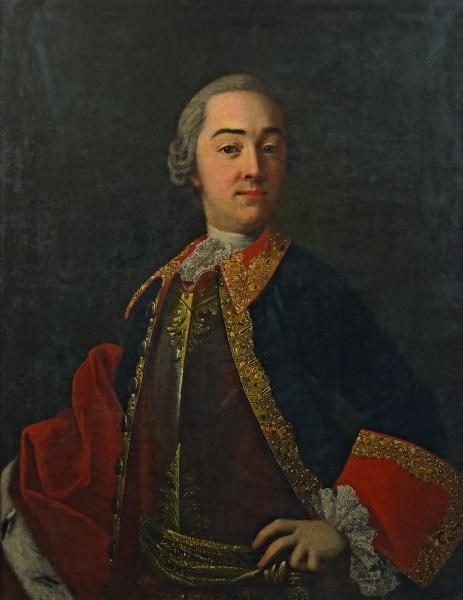 This painting is the earliest of the currently known portraits painted by Argunov. It combines the rules of the Western European composition for the ceremonial portraits and the characteristics of the old Russian painting such as stiffness and flatness. Intense and dense colours of warm tones prevail.

Ivan Ivanovich Lobanov-Rostovsky (1731–1791) was a prince and the oldest member of the princely family of Lobanov-Rostovsky, which goes back to Vladimir Monomakh. As it is the case for the majority of the children from a noble family, he was enrolled in the Horse Guards. He became Cornet (modern equivalent to a second lieutenant) in 1752, but in 1761 because of illness, he was forced to give up his responsibilities as lieutenant of the Horse Guards and retired with the rank of cavalry captain. He is depicted in the uniform of an officer of the Horse Guards with a red princely cloak furnished with black ermine.