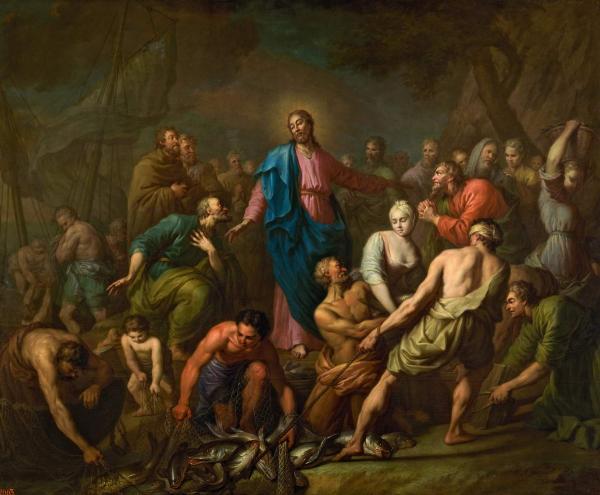 The Miraculous Draught of Fish

Anton Losenko studied under the French painter Jean II Restout in Paris, where he painted the picture in November 1762 (just after his departure from Russia). This is an authorized copy of Jean Jouvenet’s painting (Louvre, Paris, 1705). The miraculous draught of fish is an event described in the Old Testament, according to the Gospel of Luke. Jesus asked for letting down the nets for a catch, and there were such a large number of fish that James and John had to help the fishermen. This scene represents the banks of the Sea of Galilee, on which the people beheld the Lord’s miracle. Peter fell on his knees before Jesus as Andrew, James and John trawled the nets.