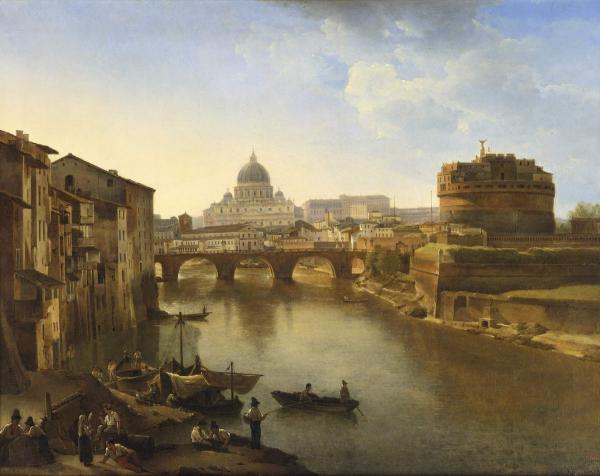 Castle of St. Angel in Rome, located on the right Bank of the Tiber, basically is the Roman emperors’ mausoleum ("Mausoleum of Hadrian"). Later it was rebuilt and in the Middle Ages was used as a fortress, then as a prison. Upstairs there is a statue of Saint Michael, who, according to the legend, appeared on this site to Pope Gregory the Great during the plague. A bridge built in the ancient times leads to the Castle; the bridge is called the bridge of Sant 'Angelo. The painting of Shchedrin features the Castle and the bridge of Saint’Angelo from the left Bank of the Tiber river, from the quay Torre di Nona. In the distance St. Peter's Cathedral and the Vatican Palace can be seen.