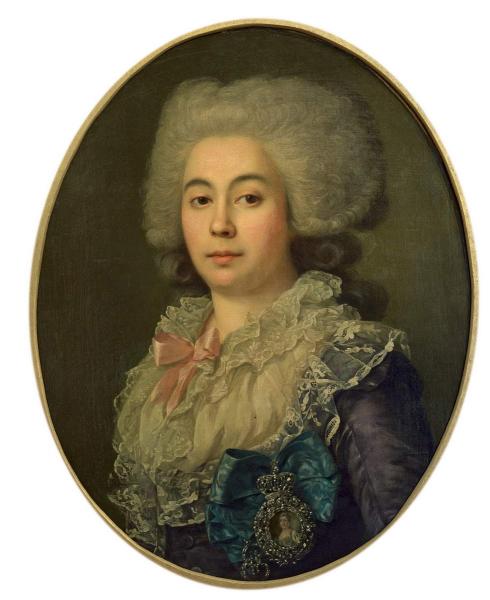 Portrait of the Lady of the Bedchamber Anna Protasova

Jean Louis Voille was a French artist and portraitist. He worked in Russia from 1770 until 1803 (with interruptions). He painted portraits of the imperial family and St. Petersburg nobility.

Anna Protasova (1745–1826) was the daughter of a senator and first cousin once removed of the Orlov brothers. She was conferred the titles of lady of the Bedchamber and “precious portrait of the Empress” in 1785. Paul I gave her the Order of Saint Catherine and Alexander I gave her the title of Countess. She was the lady in waiting of Empress Maria Feodorovna until 1823. She is depicted with the distinction of the lady in waiting and a miniature portrait of the Empress.