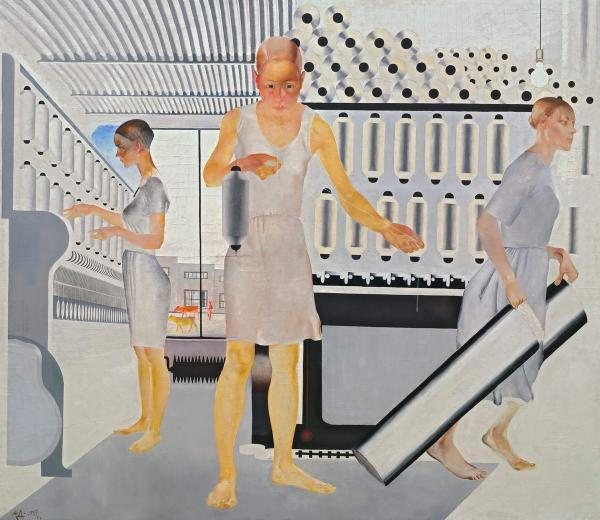 Alexander Deineka painted this picture following a trip to a mill organised by a Soviet magazine. He was one of the leaders of the Society of Easel Artists, who developed the method of the synthetic reflection of reality. The artist had an uncommonly acute sense of the Zeitgeist, which he captured in his canvases. He masterly arranges the composition from adjacent planes inhabiting different time zones. The rhythms of the looms are united in an ornamental space, while the almost monochrome, silver-white palette lends the picture the precision and sharpness of an artistic statement.