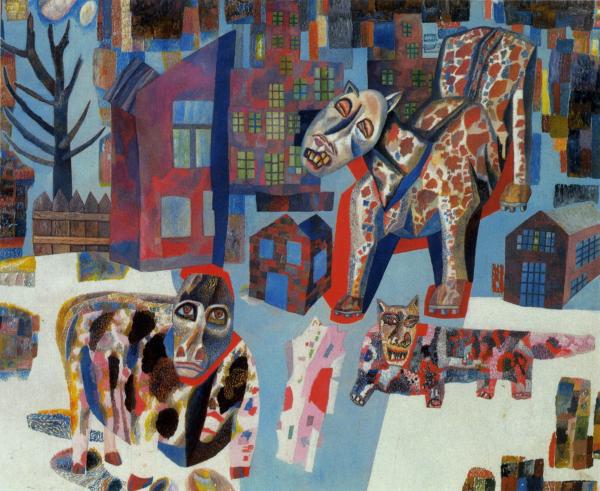 Pavel Filonov had a pantheistic relationship with the world. The artist believed that people, animals and plants were equally important; all were products of the one matter and of the one origin. His dreams of an harmonic and spiritual union of man and nature were expressed in sublime artistic images in such early works as Shrovetide and Dairy Maids. Notes of alarm, perturbation and drama then began to creep into Filonov’s compositions in the 1930s.
Endowed with psychological characteristics and the ability to experience emotions, strange and enwildened beasts with human heads wander the indefinite space of Animals. The combination of archaism, the fantastic and the artist’s anthropomorphic perception of nature impart an unexpected and convincing poignancy to the image. The almost intelligent looks in the animals’ eyes conjure up associations with lost human souls.
«Виртуальный Русский музей» в социальных сетях: