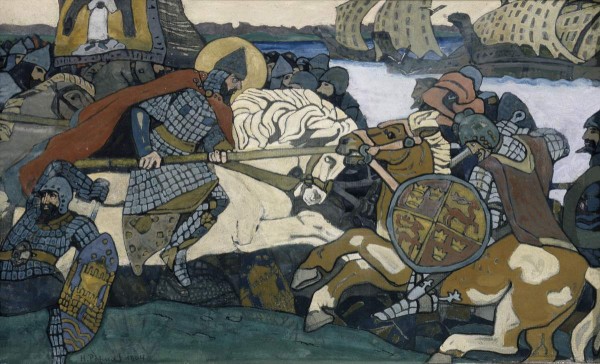 A Novgorod chronicle tells of a battle fought on the River Neva between Russian and Swedish forces in 1240. The purpose of the Swedish attack was to seize the mouth of the river and, consequently, an area of Russian territory. In the battle the Russian forces under Prince Alexander Yaroslavich of Novgorod defeated the enemy and their leader, Birger, the future King of Sweden. Prince Alexander Yaroslavich was granted the title “Nevsky” on account of his courage and military skill.