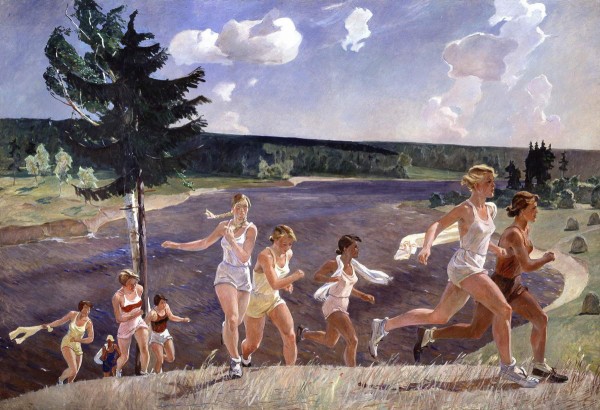 In the last year of the war, happy colours appeared in Deineka’s austere palette. In the summer of 1944, he finished the large painting Expanse, which he began before the war. The resulting painting is perceived as a joyful hymn to peaceful life against a backdrop of the vast expanses of his native land.