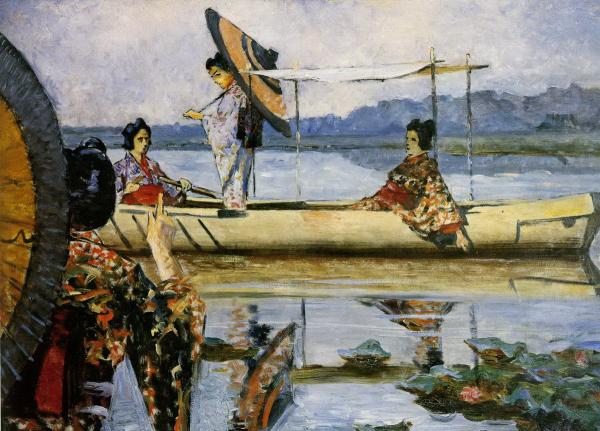 An Outing in a Boat

The artist felt a lifelong interest to Japan. The country of the East fascinated him by its authentic culture which had developed slightly separately from the countries of the Eastern Asia. He had already intended to visit this country in 1874 but only 7 years afterwards his dream came true.

The Japanese impressions reflected only in several works of the artists and among them there is “An Outing in a Boat”. Some unbalance of composition is characteristic for these works on Japanese theme, that emphasises the random episode caught by the artist, as well as simplicity of images, lightness of colours, and impressionist’s technique. The artist’s palette widened in his works devoted to Japan, his brushwork became more vivid.