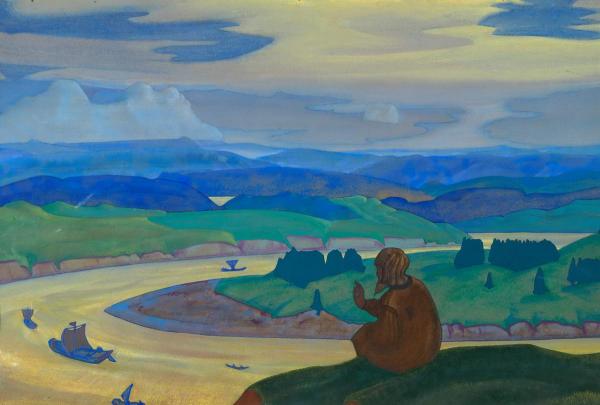 Procopius the Righteous was a saint of the Russian Orthodox Church. He was born into a prominent Prussian Roman Catholic family. He travelled as a merchant to Veliky Ustyug (13th century), later living in Novgorod, where he converted to Orthodoxy and entered a monastery. Because of his sufferings he was given the gift of prophesy and saving people from destruction. According to the legend about Procopius he had a favourite place on a high bank of the River Sukhon, not far from Veliky Ustyug, where he loved to look into the distance from the bluff and pray for people sailing along the restless river. It was here that he was buried, according to his wishes.