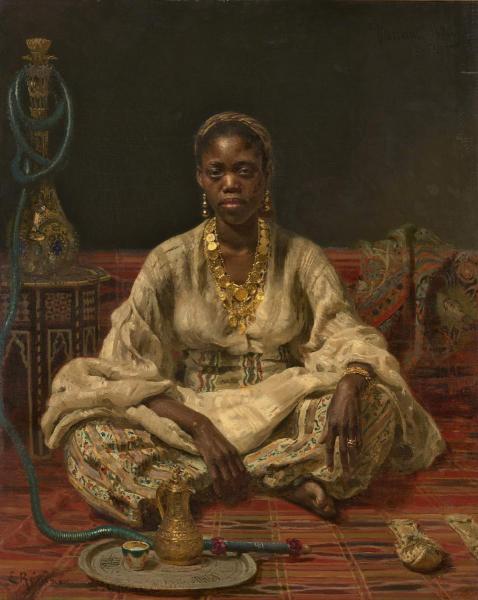 In 1873 Repin, as a graduate of the Imperial Academy of Arts, went on a foreign trip to Paris, where he studied the works of the great realist painters of the past. The painting African Woman refers to that period.

The work shows Repin’s interest in the creative work of the famous Spanish artist Mariano Fortuny (1838-1874) who was one of the talented representatives of Academic art.

Repin created an expressive and inspired portrait omitting any accentuating of admiration for the exotic image. He showed great mastery in depicting sparkling golden decorations, shimmering fabrics and the shining hookah. He used a great variety of painting techniques from using smooth strokes to dense brushwork that is seen in the depiction of the accessories.