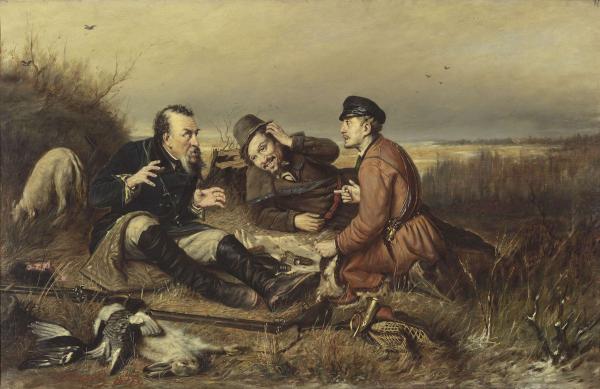 This picture is famous not only because of how well it is painted, but also because of the popularity of hunting in the 19th century. Perov himself was an avid hunter, and in this painting he accurately reflects the emotional state of the characters, while also alluding to national character traits and the perception of nature. Not surprising, therefore, that art critic Vladimir Stasov compared it to the finest hunting stories of Ivan Turgenev. It undoubtedly has a literary element, a characteris¬tic feature of Russian painting in the second half of the 19th century.