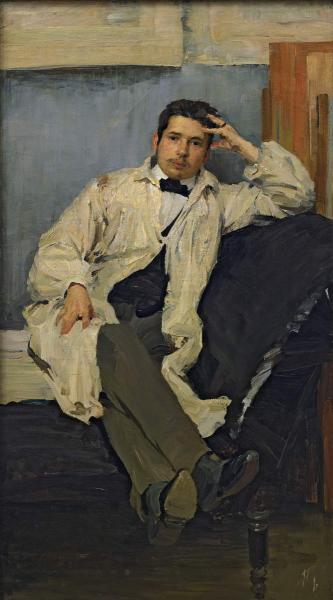 As a retrospectivist, he found his ideal in the depictions of the 18th century. He drew portraits and paintings from the imperial and the rococo era. He did a series of porcelain figurines. He went to the United States in 1923 for an exhibition, moved in France in 1925 and settled in Granville (Normandy).