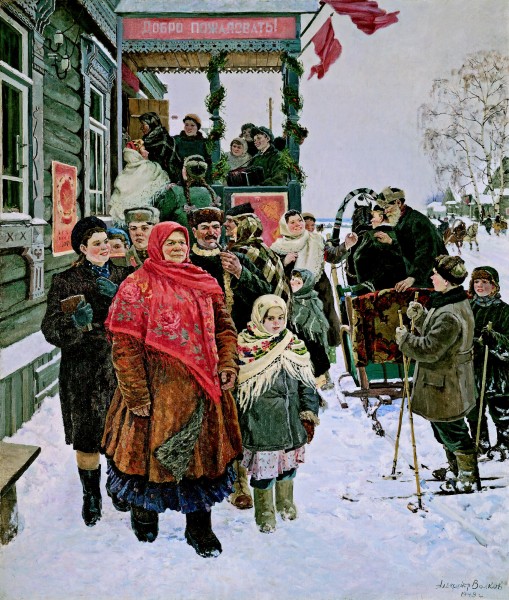 Elections to the Supreme Soviet of the USSR

In 1936, the new Stalinist constitution gave all Soviet citizens the right to vote. The first elections to the Supreme Soviet of the USSR took place on 12 December 1937. The press noted: "The election turned into a national holiday. Practically all residents of the country of voting age participated in the election". Alexander Volkov dramatised one of the fragments of the "national holiday" in a rural area. People, all dressed up, joyfully and excitedly rush to enter the polling station, and solemnly and sedately exit; an accordion player plays on the steps out front; the building is decorated with welcoming wall banners, posters, ribbons, and garlands with fluttering flags. The image grows to the scale of a public celebration in which new and old traditions, naïve enthusiasm and the thirst for a celebration are intertwined.