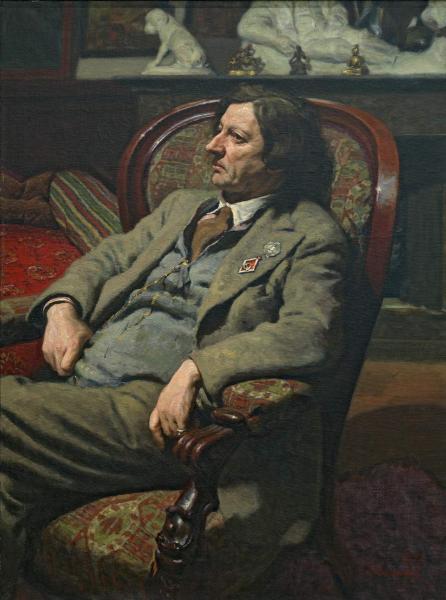 Alexander Laktionov painted this portrait of Isaac Brodsky when his tutor was seriously ill. The artist writes in his memoirs that several other students painted portraits of Brodsky at the same time: “Each attempted to convey his features as faithfully as possible.” Laktionov assimilated his teacher’s painterly method, with its aspiration towards an exact and perfect image. The portrait is austere and the composition is exact; the face and hands are accentuated. The concrete painting, restrained tones and modelling of the form create a laconic and psychologically expressive image. Isaac Brodsky expressed his satisfaction with the portrait, adding with a hint of black humour: “Now I can die in peace.” Alexander Laktionov’s image was in fact the last ever portrait of the artist.