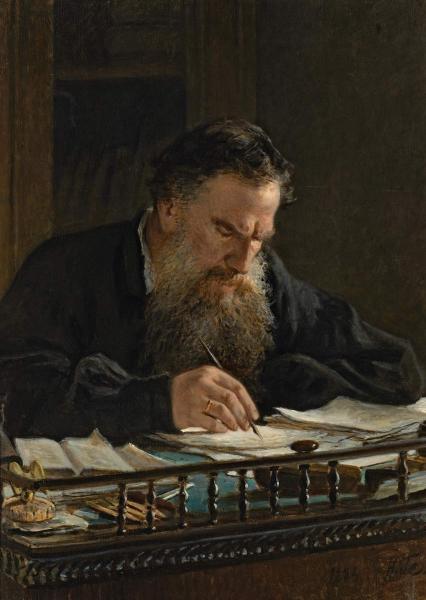 During the last period in his career, Nikolai Ge concentrated on Gospel themes, painting a series of works dedicated to the life of Jesus Christ. In 1882, he met Leo Tolstoy, becoming a convinced follower of his religious and moral teachings. Like the famous Russian writer, he also addressed important philosophical issues in his art. In 1884, Ge painted a portrait of Tolstoy at his house in Khamovniki, where the writer was working on What I Believe. Resolved in the traditions of Russian Realism, the portrait depicts Tolstoy working in an everyday setting. Ge wanted to show the writer’s mind and the course of his thoughts. The artist portrays Tolstoy as a teacher engaged in his own work. The sitter’s family regarded this painting as the best portrait of the writer in terms of its “likeness and the strength of the facial expression, despite the lowered eyes.”