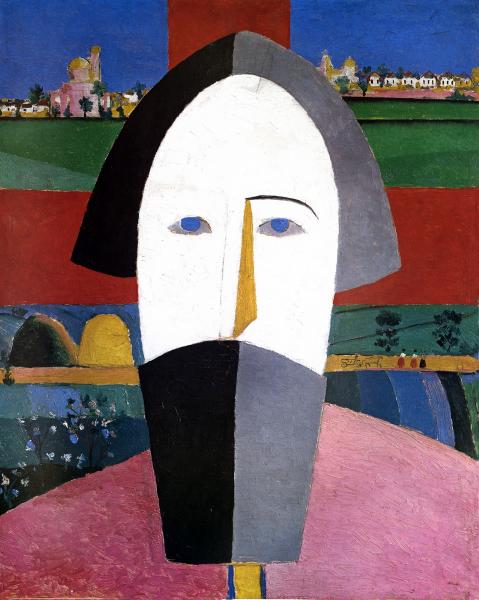 Confirming his new artistic beliefs, Kazimir Malevich derived a great deal of inspiration from the spiritual culture of the Russian peasantry. The concepts and imagery of his works were heavily influenced by the traditions of Russian icon-painting. The format of this canvas and the composition recall an hagiographic icon. The solemn and austere countenance on the red cross is a mystical vision of the artist’s own future tragedy and a symbol of the fate of the Russian peasantry – virtually destroyed by the end of the 1920s. The background of the picture is divided into two parts, recalling hagiographic scenes. The landscapes are painted in different artistic styles, ranging from Impressionism to Cubo-Futurism and Suprematism, symbolising the steps of the artist’s ascent or Malevich’s Suprematist red cross.