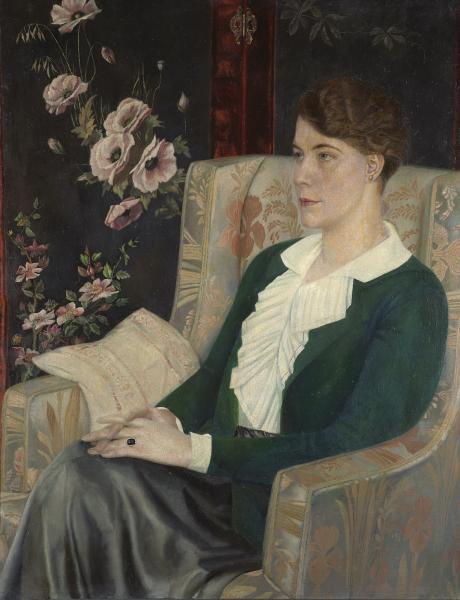 Pavel Filonov’s Portrait of Yevdokia Glebova differs markedly from the artist’s other works of the period. The picture is devoid of his usual free approach to the sitter, frightening encoded images and polyphonic expressive resources. The artist unexpectedly betrays his interest in classical art and long hours spent in the Hermitage, admiring the canvases of the North Renaissance masters and the simplicity with which they portrayed their heroes. Filonov noted that scrupulously painted details of an everyday setting in the canonic image of a saint evoked a special feeling of authenticity.

Yevdokia Glebova was particularly close to Pavel. He highly rated her talent for music and always listened to her opinions. More conservative than her brother in her artistic tastes, Yevdokia possibly influenced his choice of technique in this portrait. Pavel Filonov claimed that he could work in any manner; the most important thing was to find a plastic tongue equivalent to the image.